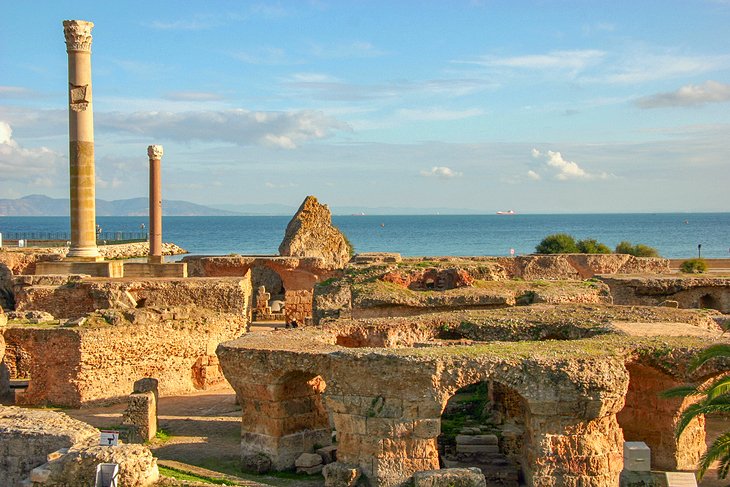 How can an almost unknown ancient saint with the odd name Deogratias (“Thanks be to God”), who died in North Africa in 457 AD, be a model for us in our world today? In reading a brief account of his life in Butler’s Lives of the Saints: New Full Edition (1995) for January, I was struck by how the politics and cruelty of his times match our own. See if you can pick out similarities between his time and ours.

Sometimes we are tempted to think we are in the best of times. We are surrounded by comfort, health, convenience, and security – much of it thanks to technological developments and democratic structures of organizing and governing our societies, many of which were innovations of just the last century or two.

On the other hand, we are tempted to think it’s the worst of times. We are confronted with increasingly authoritarian governments; conflict between and within nations and various ethnic, social, and religious groups; and the cheapening and even wholesale destruction of human life, especially the lives of those in some way hidden from our sight or sphere of concern. We are increasingly suspicious and hostile to those whose lifestyle, ideas, and even physical characteristics are different from ours. In this “us-vs-them” world, we want to exercise dominance, even to the point of finding ways to take advantage of or enslave them. Often these systems of control and destruction are even justified by appealing to religious convictions.

Even the threat of war that can annihilate cities, nations, and entire peoples is nothing new. Carthage itself was totally conquered and rendered uninhabitable at least twice in its history, and now no longer exists. The nearest modern city is Tunis, about ten miles away.

I have been rather fascinated by the New-Year’s-Eve incident in St. Peter’s Square in Rome in which a woman in the crowd grabbed Pope Francis’ hand and yanked him toward herself so forcefully that he lost his balance, and he resorted to slapping her hand in order to get free. He didn’t look too happy as he walked away, but the next day publicly apologized. I really did not expect the way so many who commented on this incident were so polarized – either the woman was the “bad guy” and should have known better and should have immediately apologized, or the pope was the “bad guy” who should have known better and restrained himself and should have apologized more profusely. Twitter and Facebook comments all seemed so one-sided, unwilling or unable to look at things from the other side and understand that there may be many things at play here.

For the woman, this may have been the chance of a lifetime, she was undoubtedly very passionate about her faith and she had probably looked forward to this moment for a long time. She got carried away. Haven’t you ever gotten carried away and clung to a fleeting moment, not even realizing you may actually risk harming the person you are venerating? I have . . .

The Holy Father had just finished a ninety-minute solemn prayer service in St. Peter’s Basilica. I watched the whole video on New Year’s Eve – hey, my partying days are over. It was late at night and he was visibly tired and in pain, walking with a limp. Haven’t you ever gotten so exhausted and stressed from coping with sciatic pain that you reflexively reacted to a hand that won’t let go of you? I have . . .

I think this incident tells a lot about how polarized and one-sided we have become in many ways. It’s often pointed out – rightly, I think, and needs to become more and more a part of our public discourse – that we need to recover empathy, the ability to mentally and emotionally get inside the other person and understand their perspective. Our saint, Deogratias – Thanks be to God – exemplified this empathy in dealing charitably and constructively with a divided flock and even with enemies. If we look at the lives of many saints, we find a similar empathy. That’s why I find the study of saints so fascinating.

One thought on “Saint “Thank-God””